In the 1990’s professor William M Muir conducted an experiment to determine how he could increase the egg-laying productivity of hens. To do this, he began with one flock of average hens. Muir then selectively bred the best egg-producing hens for six generations to create a flock of ‘superchickens’. In addition, Muir also kept another group of average chickens whom simply bred normally. At the end of the six generations, Muir found that the group of average chickens were healthy and egg production had increased. Sadly on the other hand, the productivity of the superchickens had decreased and all but three chickens had pecked each other to death.
Does this sound familiar or have you worked in an environment like this?

WHAT DOES THIS TELL US ABOUT TEAMS?

If you follow us on Facebook, you may have seen we recently shared a link to a TED Radio Hour, The Meaning of Work. In this episode, serial entrepreneur and “management thinker” Margaret Heffernan discusses how this superchicken method of building teams, where the value is placed on star employees who outperform others, has been extensively used by companies over the last 50 years. And by only selecting the superstars and giving them all the resources and power, the result has been much the same as William Muir’s experiment: aggression, dysfunction and waste. She argues that “if the only way the most productive can be successful is by suppressing the productivity of the rest, then we badly need to find a better way to work and a richer way to live.” Margaret Heffernan.

SO, WHAT MAKES A TEAM MORE PRODUCTIVE OR SUCCESSFUL THAN ANOTHER?

According to Heffernan, collaboration is key! Working together & alongside other brilliant people towards a mutual goal is the way forward in the modern workforce. Heffernan sites a MIT study that found the groups that worked best together exhibited the following three things:

Heffernan goes on to explain that the best way to manage and motivate people is through social capital: the reliance and interdependency that builds trust. Trust takes time, but trust also compounds over time. Teams that work together for longer get better because it takes time to develop the trust you need for real candour and openness. She sites a company that implemented something as simple as synchronising coffee breaks so that people would have more time to talk to each other. The results were that profits went up 15 million dollars and employee satisfaction went up 10 percent.
Social capital turns good ideas into great ones because teams push and challenge each other through honest discussion and collaboration. 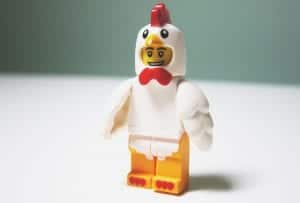